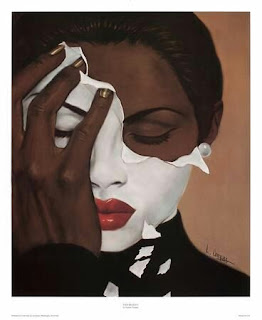 He kept on insisting that if I do not agree to give him what he wanted, he would dump me. At some point, he even texted me alleging that i was refusing him because someone had already had the cake before him. It was so insulting and i could not take it from someone I love hence on the morning of this Valentine’s day, we broke it off. I had nothing to lose right, but i felt like i had lost it all. He was my first and so I really did not know how i was going to move on. He knew my home and he also had my sister’s phone number thus he communicated with her and was given directions to my place. As strange as it may sound, he appeared at my doorstep and unfortunately was greeted by my Dad’s serious face. It wasn’t going to be easy for him to say his mind in front of this ex military man. This was the funniest moment in my life, hearing him say to my dad that he was my colleague and wanted assistance with Maths as he was repeating. The moment I heard my father’s voice calling me, i got tense for i was now scared that he may also shout at me. All he said was, “your friend needs assistance and you are free to use the living room for the subject.” I was dumpfounded, so i just complied and we sat on the comfortable chairs in our living room. I am so sorry Nyarie, i didn’t mean to let you go so easily, I was even a fool to start that topic in the first place.” As he said this, he was taking out a rose and a wrapped present from his satchel. My heart started beating so fast with excitement but i didn’t know if i should forgive him or not. I accepted the present just so that he would go back home happy but deep down, i knew it was over between us. Was it really over or it was just my heart hurting? Two years down the line we were still together but he did not stop his cheating instincts, it even got worse. If you ask me today why i kept on with the relationship, i also do not know for i kept my principles but he kept on intentionally hurting me. All i can say is maybe i wasn’t aware of my worth and i was also afraid of being alone. I finally broke up with him. Three months down the line, i met a new guy. He was so loving and caring and he took his time to be with me through all the problems i would face in my college journey. However, i don’t think i was really ready to move on. My very first relationship had gone with my loving heart and whenever i looked at Tanaka, i had hurt in my eyes. I felt like all men were the same thus i would always be hurt in the process. He was different from Tatenda, so down to earth and a christian but still my fears increased with each passing day. Tanaka was not in for a fun relationship, he meant to marry me and so he made his plans and decided to propose on Valentine’s day. I had no clue about it since he seemed very reluctant as the days were coming closer. It was a school day and as a college student, my lectures started around nine am. “Nyarie, will you be my Valentine forever”, he said while kneeling down in front of our class in college. I got dumpfounded again and i did not know what to do. Either to deny or accept, just then a memory of Tatenda flashed in my eyes and i started running…Where was I going? Bathroom or my room?…… Read, subcribe, share and dont forget to comment… The Conclusion is coming soon.