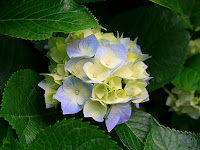 She hesitated to walk, for she was not sure if she was ready to begin this journey. Her mother had told her it was going to be easy and she had watched her elder sister go to school everyday but now that it was her turn,she really got scared. Everyday when she had seen her sister and her friends carrying their backpacks, she had envied them and had expected the best for herself too. Meeting new children was not an easy thing, let alone meeting a new teacher who would spend most part of the day with her. Emily only got comforted when she realised that her best friend Atida was also going to be learning at the same school. Atida is the only girl friend she had known for these five years, besides her sister and so she felt very comfortable around her. As days went by, they had to go through some thorough learning of the environment and fortunately, it was very difficult for other older students to bully them for Emily had her elder sister, Eltina at the same school. Talk of overprotective, that is exactly what her sister was and she was the only one allowed to scold and if anyone else tried it, they would either be scolded back or get a real beating. Emily and Eltina’s bond was so adorable and most girls in their neighbourhood envied them. However, these two barely spoke together and all they usually did was engage in play, even though the sister always saw Emily’s games as silly. Years went by, they finished primary school and had to go to high school. This was another new and wonderful journey but was it an easy one for any of them? High school had many rules and regulations and the most dangerous was that of not being allowed to date. Everyone can agree with me that when you enforce strict rules on a child, their mission is usually to break it and eventually see what punishment they will get. Eltina quickly got a leadership role and when Emily joined the same school two years later, she knew she had no reason to be afraid. Emily somehow used the advantage and would bully other students, making them do some of her work for her. Her sister tried to warn her but she turned a deaf ear and told her that it was her duty to protect her. Emily started associating with gangster groups at school and also started coupling, which was a sure punishable offense by the authorities. From time to time, her parents where called to school for some hearings and she usually ended up being suspended. She had been a good girl during her primary years, what had gone wrong now and why was she making life harder for her sister who was now a leader? Eltina now even felt ashamed to see her sister around the school premises, for she was afraid tat she would be up to something bad. There was something her friends and family did not know, deep down her heart, Emily still felt so small. She was that little girl who never achieved anything better than her sister. In every activity and discipline, she felt that Eltina was always perfect and that she would never outmatch her. Her envy grew into anger, until it began to manifest as self hate and this only built an inferiority complex that was going to be hard to deal with. She was always sad, yet pretended to look happy and the worst part of it all, she decided to keep it to herself. Quick Self Reflection How often in life have you felt inferior to that person next to you? What had caused it? Is it the constant praises they were getting or is it the fear that you are not enough? Are you always angry at yourself, for no apparent reason and who is at the center of all your activities? Resolution The time is now to stand up for yourself, speak up and seek help. You may be shocked that the person you envy also envies you and they sometimes wish they had what you had. Stop comparing yourself with anyone and do stop self hating, for it will only grow hidden anger of others and cause unnecessary rifts. Be yourself, for others are already taken and do focus on continued self love and development. #SELFLOVE.

4 thoughts on “The New Chapter…#Shattered by inferiority”